The Beginning of Brighton Airport

In 1910, a former student of Lancing College, called Harold Piffard decided to create himself a flying base on a piece of grazing land, located nearby the river that runs between Lancing and Shoreham. Piffard was the first to courageously fly from Shoreham airfield in 1910, and this was when the story of Brighton City Airport began. Piffard, who came equipped with his Humming Bird aircraft, only stayed at Shoreham for a few months, but towards the end of 1910 the site had become much more popular with other flying enthusiasts, including the Pashley brothers. This was when the airport became locally known as Shoreham Airfield. On the 4th of July, 1911 the airfield was the starting point for the first recorded cargo flight.

Horatio Barber, commandeering his Valkyrie monoplane, flew a box of Osram light bulbs safely over to Hove. It was at this point that the airfield became fully established within the aviation community. The period leading up to the First World War in 1914 was a very busy time at the airfield. Many companies, businesses and individuals began to establish themselves and erect buildings on the south side of the site. Amongst these innovative individuals were Alliot Verdon Roe – the first Englishman to fly an all-British aircraft, Cedric Lee – the designer of the first circular winged aircraft, and brothers Cecil and Eric Pashley – who were aviation pioneers and instrumental in the development of Shoreham airfield.

In May, 1913, the Pashley brothers opened a Flight School at the airfield, they then went on to train many pilots who would later join the Royal Flying Corps in the First World War. To this day, there is still an approaching road at Brighton City Airport called “Cecil Pashley Way”. When the First World War officially began in 1914, it brought the Royal Flying Corps, Number 3 Reserve Squadron, to the airfield. In spite of its official name, this squadron was only a training unit which possessed many cadets that had absolutely no experience of flying whatsoever.

The squadron was equipped with Maurice Farman Longhorn pusher biplanes, which reached a top speed of about 60 mph. The newly trained pilots left the airfield with 10-12 hours flying experience. 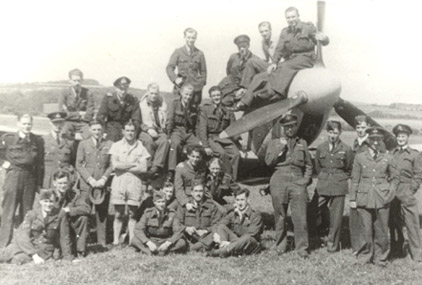 These newly qualified pilots then attended a brief gunnery course and shortly after this were sent out to the front line. Sadly, most of them only survived a few days.When the war came to an end, the fledgling Canadian Air force moved from Upper Heyford and relocated to Shoreham airfield. They spent time training in and testing some of the 65 captured German aircraft that were stored at the airfield. By December 1921 all activity on the airfield stopped and for the next few years it reverted to grazing land once again.Flying returned to Shoreham airfield at the end of 1925 when Cecil Pashley, with his Avro 504, joined forces with the Miles brothers to form the “Gnat Aero Company”.

Shoreham airfield also became the host to many iconic air shows and flying meetings. Famous flyers such as Sir Alan Cobham attended some of these high profile aviation events. This and the growth in the popularity of air transport put Shoreham airfield firmly on the map and set the stage for the next chapter in the airport’s story.In 1930 the municipal authorities of Brighton, Hove and Worthing formed a joint committee to establish Shoreham as the municipal airport for all three of the towns. The construction of the Terminal Building began in November, 1934 and was officially opened on the 13th June, 1936 under the name ‘Brighton Hove and Worthing Joint Municipal Airport’. 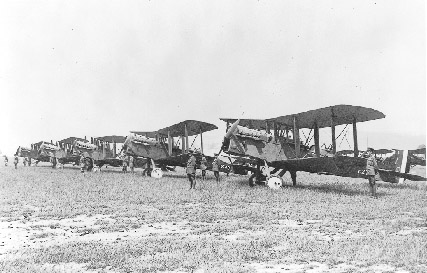 The exquisite Art-Deco terminal building was jointly opened by the Mayors of Brighton, Hove and Worthing. Since the terminal opened, it has catered for a vast amount of companies such as Channel Air Ferries, Railway Air Services and Jersey Airways.The building remains today very much in its original shape and, as always, is still very much open to the public. In its time the terminal has seen an extensive range of both international and domestic departures and arrivals.

These flights include some of the world’s largest and most reputable airline companies.With the outbreak of World War 2 in 1939, international airline operators were removed from London (Croydon) Airport and relocated to Brighton, Hove and Worthing Municipal Airport. These included companies such as Sabena, DDL, KLM and the predecessor of British Airways – Imperial Airways.

Some of the destinations flown to by these airlines include Copenhagen, Amsterdam, Malmo and Brussels.With the German invasion of France in 1940, the passenger traffic to and from the airport stopped. After a short break, the Royal Air Force eventually took over the airport due to other fighter airfields already being established close by. The municipal airport then became the base for the newly formed 277 Air Sea Rescue Squadron. Equipped with Spitfires, Walrus amphibians, Defiants and Lysanders the squadron was involved in the rescue of nearly 600 airmen from the Channel.

The airport was the target of several air raids during the war. In one attack, the outer skin of the main hangar was blown off, but through it all, the terminal building unbelievably remained undamaged. Other aircraft units also flew from the airfield in support of army operations; such as the Dieppe raid and the D Day landings.In 1946, after WW2 had finished, the airfield was handed back for civil flying purposes and activity began to steadily increase again. During 1951, Fred Miles returned along with his brother George Miles to set up a base on site for aircraft manufacturing and development work.

By the end of the decade all of the British aircraft industry was in crisis and many of the old and famous names merged together to form the British Aircraft Corporation. The Miles brothers who were still based at the airfield decided to team up with the new Beagle Company. Beagle traded at Shoreham until 1970 when they were finally closed down, this was when aircraft manufacturing at the airport finished for good. In 1971 Shoreham became a municipal airport again under the control of the three local councils. Passenger services and general aviation became the main focus of attention again.In 2013 the municipal airport was re-named to its current name of Brighton City Airport. Brighton City Airport is still regarded as one of the airports at the forefront of general aviation within this country.

The Terminal Building is now a Grade II* listed building and is currently used for a number of different activities such as business, training, pleasure fliers and visitors from Europe. Many of the fixtures in the terminal building are original including the Whispering Gallery on the first floor and the main window design above the main entrance.Currently at Brighton City Airport there are a range of things you can do on site. Take a look at our business directory to explore what companies are based here. We also have a fabulous café, appropriately named the Hummingbird Café that is able to cater for your every need. Additionally, we have the Shoreham Airport Collection located in the Main Airport Terminal whose volunteer staff offer affordable, all-inclusive tours of the airport – both landside and airside.